At the same time, Ethiopia's message was assimilationist in the way it was exhibited at a "melting pot" event, representing the emancipation of a people attempting to prove their value to a society that had long excluded blacks from full involvement as United States citizens.[2] 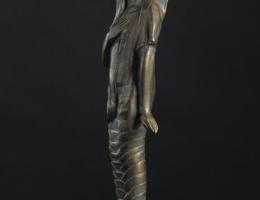 Gwendolyn Knight Lawrence's first formal study of art came at Howard University, where she studied with the painter Lois Maillou Jones and with printmaker James Lesesne Wells. During the Harlem Renaissance, Knight became a daily participant in the workshop of sculptor Augusta Savage, director of the Savage Studio of Arts and Crafts and later of the Harlem Community Arts Center. Throughout the 1940s, 1950s, and 1960s, Knight became an itinerant artist of sorts, accompanying her husband, Jacob Lawerence, as he pursued new opportunities. 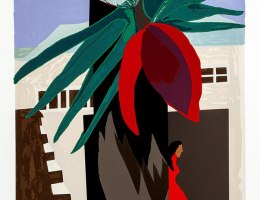 Some of Burke’s most notable sculptures include Temptation (1938),  Despair (1951),  Fallen Angel(1958), Mother and Child (1968), and Together (1975).  A nine-foot statue of Martin Luther King, Jr. she completed while in her eighties is on display in Marshall Park in Charlotte, North Carolina.  She received numerous awards and honors which included three honorary doctorate degrees.  In 1979 Burke was recognized by President Jimmy Carter for her contribution to African American art history.[4]

In the 1920s Augusta Savage received commissions to create portrait busts of W.E.B. Du Bois and black nationalist Marcus Garvey; both pieces were hailed for their power and dynamism. On the strength of these works and especially the poignant Gamin (1929)—a portrait bust of a streetwise boy and one of Savage’s few extant pieces—she received a Julius Rosenwald Fellowship that enabled her finally to study in Paris in 1929–31.** 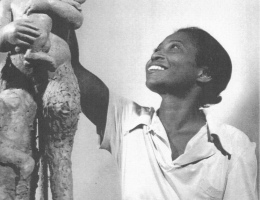