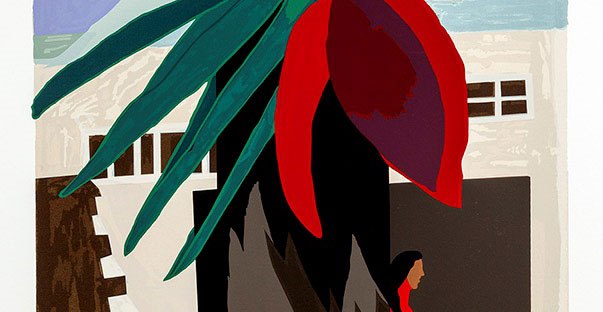 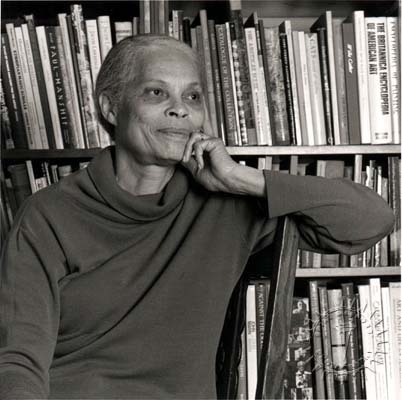 Gwendolyn Knight Lawrence’s first formal study of art came at Howard University, where she studied with the painter Lois Maillou Jones and with printmaker James Lesesne Wells. Knight noted that women painters were not taken very seriously at Howard at the time, however, and when her stay there was cut short by the Depression at the end of her second year, she returned to Harlem. [1]

In Harlem, Knight became a daily participant in the workshop of sculptor Augusta Savage, director of the Savage Studio of Arts and Crafts and later of the Harlem Community Arts Center, which was funded by the federal Works Progress Administration. In Savage, Knight found a mentor, and Savage’s studio became a second home. Savage helped her develop technical skills and a way of using the figure as a base in her compositions, incorporating structural and emotional narrative components.[1]

Throughout the 1940s, 1950s, and 1960s, Knight became an itinerant artist of sorts, accompanying her husband, Jacob Lawerence, as he pursued new opportunities. Shortly after their 1941 wedding, the couple moved to New Orleans for a brief period while Lawrence completed work for a grant. Knight’s “time in the South had a strong impact; she loved its sultriness, which reminded her of Barbados.” The summer of 1946 was spent at Josef Albers’ experimental Black Mountain College in Asheville, North Carolina, the 1950s in New York studying dance with members of Martha Graham’s company, and, in 1964, she and Lawrence traveled to Nigeria. This last sojourn undoubtedly appealed to Knight’s curiosity regarding her African roots. Finally, in 1971, Lawrence was offered a teaching position at the University of Washington School of Art and the couple settled in Seattle. Five years later, the Seattle Art Museum hosted Knight’s first solo show. Various other exhibitions in New York, Georgia, Oregon, and Washington, DC, followed in the 1970s. At the same time, institutions such as Hampton University, the Minneapolis Institute of Arts, and the Museum of Modern Art began collecting her work.[2]

Knight continued working until 2001, turning in her late work to a series of lyrical monoprints that captured her interest in improvisation and movement. In 2003, a retrospective of her work appeared at the Tacoma Art Museum and at DC Moore Gallery in New York City, which represents both Knight and Lawrence. The exhibition was the occasion for the monograph Never Late for Heaven: The Art of Gwen Knight, by Sheryl Conkleton and Barbara Earl Thomas. The book was published by the University of Washington Press in association with the Tacoma Art Museum.[1]

There was an error retrieving images from Instagram. An attempt will be remade in a few minutes.